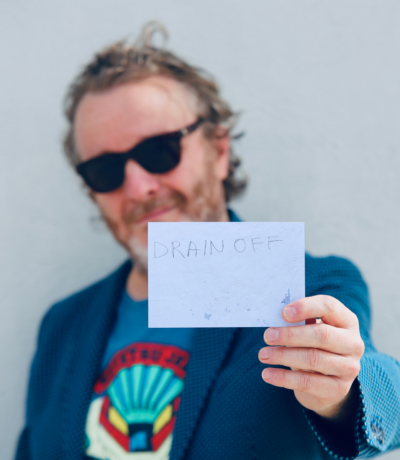 When I first met Angelo Mosca.

I have known Angelo for thirty years. At that time we both lived in the blazing Milan where we met by chance during a happy hour at a mutual friend’s house.

He worked in an outplacement company, while I lived the classic life of an advertising account manager struggling with the frenetic pace of the agency.

I was immediately struck by his depth and his poetic soul, in contrast with the exuberant superficiality of that period.

His eyes filtered the world differently.

They weren’t made just to look, but to feel the infinite human vibrations. To dialogue with the lights and shadows of society. To grasp the essence of the feelings that lead the world and the relationships between people.

That’s why at a certain point Angelo decided to leave his job, to follow his only vocation: to devote himself to painting.

A choice that did not surprise me at all, because after all his eyes have always been his first paint brushes.

I even improvised as an “artistic agent”.

His passion for art was so contagious that it was natural for me to feel personally involved. Those were difficult years for Italian painting: a discipline almost ignored in our country.

Despite the difficulty in placing himself on the national scene, Angelo never changed his mind, going through the uncertainties of the 90s without ever stopping. His determination and conviction have always been an incredible source of inspiration for me.

I remember when I tried to help him, presenting his first works to my cousin Gwenolée de Beauregard who at the time had a very important gallery in Paris with her husband Bernard Zurcher.

Angelo did not have a book, but the sacred fire of Art.

That was his true artistic strength. So, without losing heart, I decided to take all of his paintings, covering the street where he lived in Milan as if they were advertising posters.

I photographed them, prepared the book and left for Paris to show it to the gallery owner. The comments were all positive, but the works were considered not mature enough for an exhibition in that gallery.

That event was decisive for both of us: my career as an artistic agent was interrupted the same day I returned to Milan, while Angelo’s went brilliantly forward!

The artist’s path is never linear.

As Angelo told me during the interview we did during one of his lessons at the Academy of Fine Arts in Rome:

There are periods in which art gives you more and others in which you have to give more to Art.

And in this continuous giving and receiving lies the personal path of my friend Angelo Mosca and his dialogue of life and love for painting.

A tortuous, tormented, but also tumultuous and touching path, shown in an elusive and delicate way on each of his paintings.

Not only an Art lesson, but a life dedicated to Art, thanks to the numerous debates, discussions and reflections in which Angelo is one of the main interpreters of the current Italian art scene.

This weekend I want to invite you to his exhibition.

As a wall is soaked in water, canvases are soaked in oil and pigments, a direct manifestation of the emotions of the painter.

This is the concept of Angelo Mosca personal exhibition “Drain Off”, hosted from February 26th to March 19th at the SIX Gallery in Milan.

The works presented, all made between 2017 and 2022, contain a very important moment of transition and synthesis in his artistic work, retracing his last five years of painting, research and reflection.

For those who are not in Milan or have already made other commitments for the weekend, I have prepared some amateur videos to get to know Angelo better in short but intense “Dialogues with Art” that you can find uploaded on my Youtube channel.

On the other hand, you can immerse yourself in my visual stories about art on my Instagram page.